We would like to express our sincere gratitude for your continued patronage.
In the first year of the Meiji era, we opened a seed shop "Tanesa" at Tenma Market in Osaka.
It has been more than 150 years since the opening.

With these circumstances, we changed our business field from domestic to overseas,
and now we are developing various vegetable varieties such as in-house developed onion
varieties. We export more than 40 countries all over the world.
In 1985 Takada Seed formed the alliance with Rijk Zwaan in the Netherlands and developed various vegetable seeds such as lettuce, tomatoes, spinach, colored peppers, and cucumbers.

At the same time we focused on "beans", both seeds and foods too.
We have been engaged in contract production and sales. In particular,
‘Tanba black soybeans’ and ‘Tanba Dainagon Azuki beans’ are widely used for New Year's celebrations in Japan.
Right now we are handling hundreds of tons of millet annually.
Also, for processed foods, mainly beans, we are going to various business formats such as mass retailers, wholesale companies, and side dish makers nationwide.

Covid-19 has transformed everything, including lifestyle, work styles, and relationships with people.
‘Old Normal’ is a common sense of the past, and we are entering an unprecedented era that no one has ever experienced.
Among them, the experience and network cultivated as a long-established seed company in Osaka, the "customer view" that has been maintained since the company was founded.
With the motto of "flexible" and "challenge," we would like to continue to be involved in "agriculture" and "food." 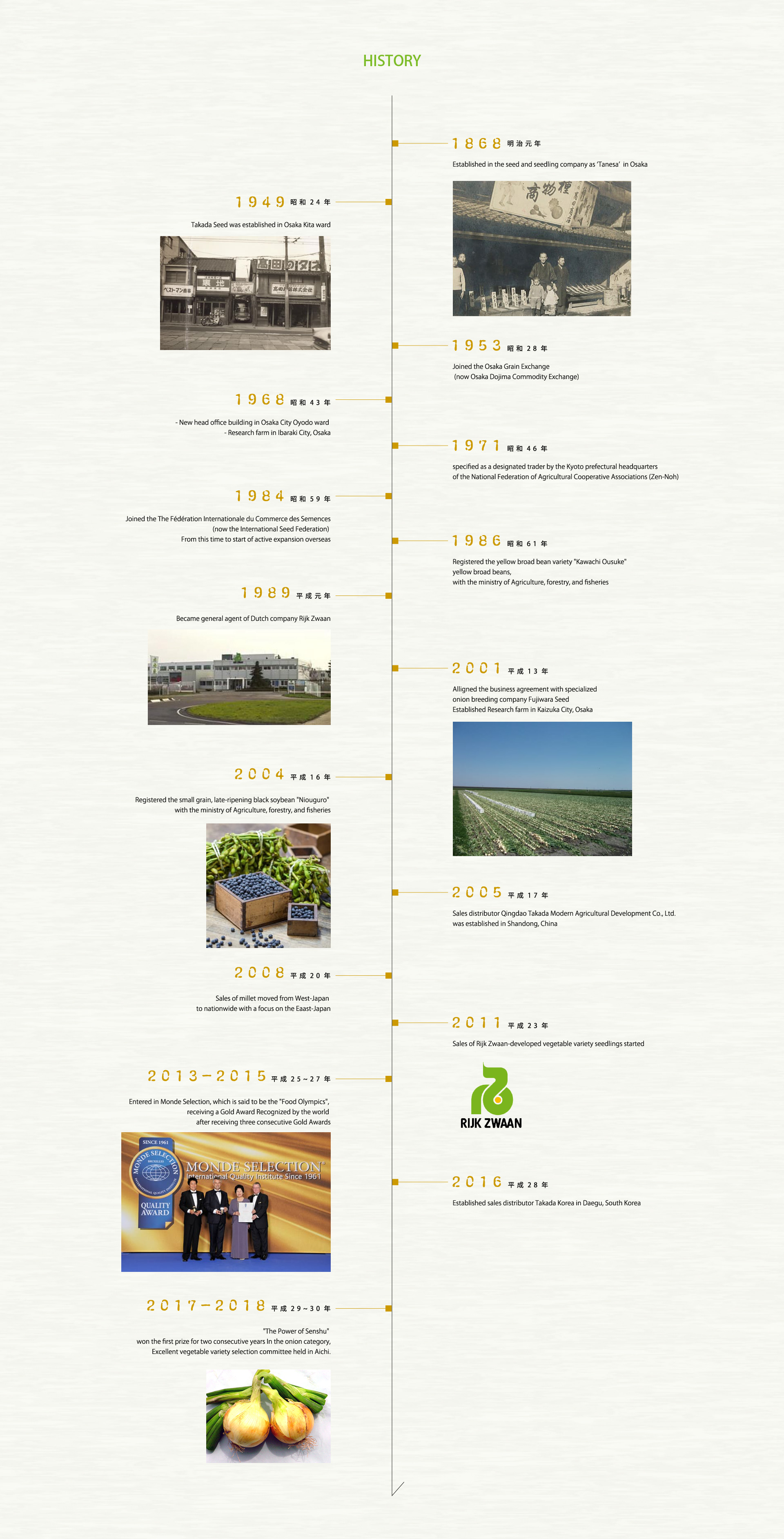